The Artistry of Fawcett

As an artist, Farrah Fawcett collaborated with sculptor Keith Edmier to produce art works that were exhibited at the Los Angeles County Museum of Art. The great success of the exhibition in Los Angeles, and with the help of the Art Production Fund, the art made its way to the Warhol Museum. The exhibition examined projection and reality. Entitled "Contemporary Projects 7: Keith Edmier and Farrah Fawcett 2000". The collaboration between the two artists produced six sculptures, photographs, drawings, and a book by Rizzoli. In her Playboy video, “All of me,” she also demonstrated her skill as a sculptor and an artist

The Exhibition
The following is from: THE ANDY WARHOL MUSEUM ANNOUNCES SUMMER EXHIBITIONS KEITH EDMIER AND FARRAH FAWCETT AND THE AMERICAN SUPERMARKET

The exhibition, Keith Edmier and Farrah Fawcett, examines the connection between artist and muse through a series of collaborative sculptures and photographs by contemporary artist, Keith Edmier, and actress and artist, Farrah Fawcett. Produced by Art Production Fund, the exhibition features the results of a two-year collaboration between the artists, spurred by Edmier's childhood admiration of Fawcett.

Since her 1976 debut in the television series Charlie's Angels, actress Farrah Fawcett has played the role of the ideal woman and muse for many men. For Edmier, Fawcett was a particularly resonant figure of youthful admiration and inspiration because he knew she herself was an artist. Edmier first contacted Fawcett with the hope of inviting her into a collaborative project. With only a vague idea of how such a project would take shape, Edmier wrote in his original proposal, "In the very broadest terms, I would like to propose making a portrait of Ms. Fawcett with her ideas and concerns about the piece directly influencing its final form."

In August 2000, the project began with the idea of a sculpture of Fawcett, but encouraged by Edmier, she decided to make a portrait of him as well. Ultimately, they produced what would be the centerpiece of Keith Edmier and Farrah Fawcett, a reclining female in marble and a standing male in bronze, both life-size. Fawcett's active role in the creation of art for the project threw into question distinctions between inspiration and collaboration, artist and muse. Rather than standing in as Edmier's independently powerful muse who facilitated creation, Fawcett participated in and directly influenced the process.

The centerpiece of the exhibition, Keith Edmier and Farrah Fawcett 2000, includes a pair of nude sculptures the artists made of each other. Both life-size, a reclining Fawcett is rendered in white marble; a standing Edmier in bronze. In the sculptures, the artists are depicted less as themselves than as ideals. Edmier’s boyish good looks are enhanced and Fawcett has not aged since her 1976 television debut. In reinventing the image of Fawcett that was so crucial to his youth, Edmier shifts the narrative of his past from first to third person, unhooking it from autobiography. But by providing a grown-up Edmier as mate to a 1970s Fawcett, the collaboration sustains the original fantasy, suggesting that past is never wholly resolved.

In addition to the sculptures of Keith Edmier and Farrah Fawcett 2000, the exhibition includes five small sculptures, a group of black and white photographs by the collaborators, and two color photographs: a close-up of Fawcett’s hand touching her hair, and The Space Between You and Me, a digital photograph that shows Fawcett leaning her forehead against Edmier’s. What at first glance looks like a romantic image, on closer inspection becomes a sort of pieta.

Edmier and Fawcett clearly had this theme in mind when they juxtaposed the photograph beside an image of Michelangelo’s Pieta Rondanini (1555-64). 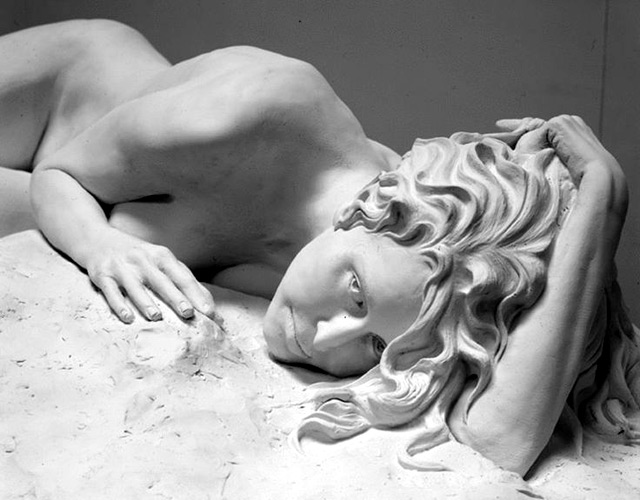 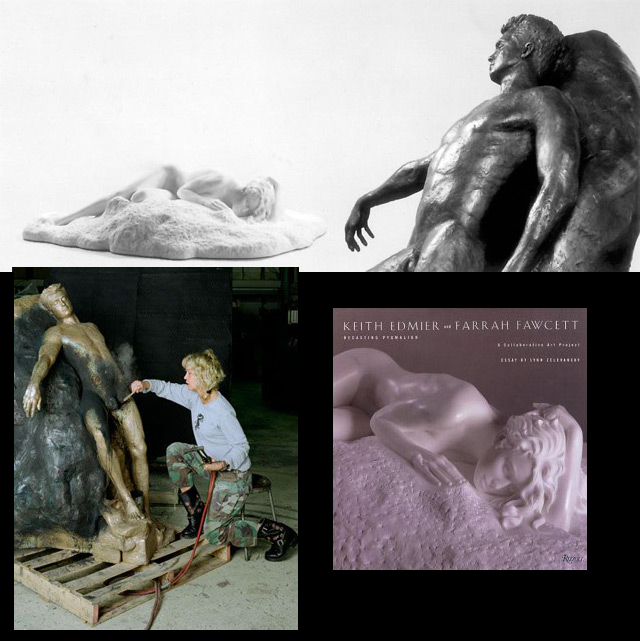 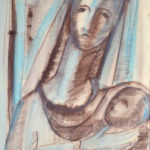 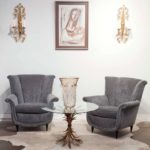 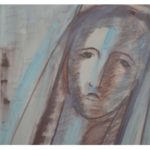 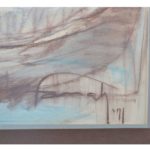 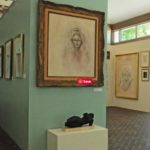 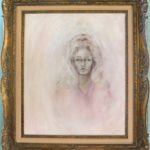 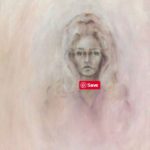 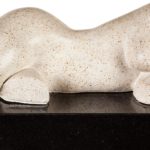 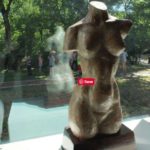 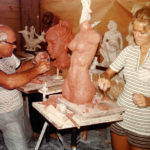 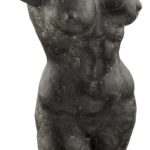 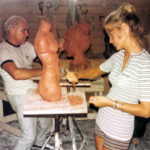 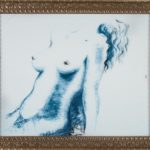 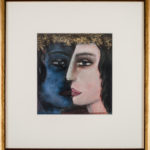 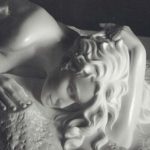