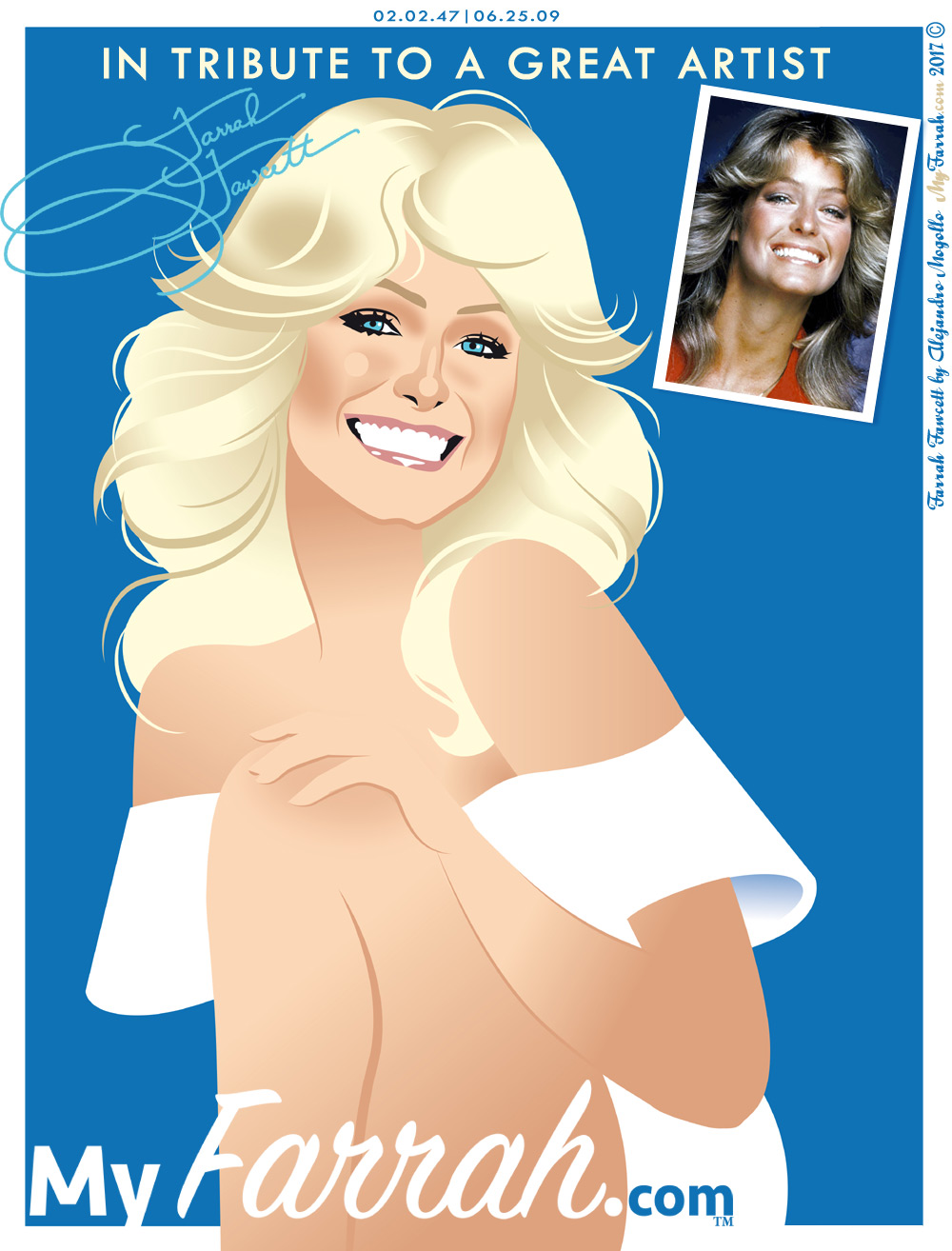 The site before this with illustrations by Alejandro Mogollo for MyFarrah.com. 2017. 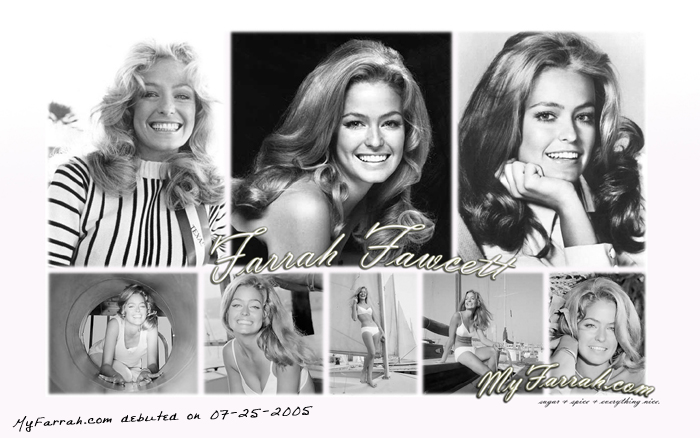 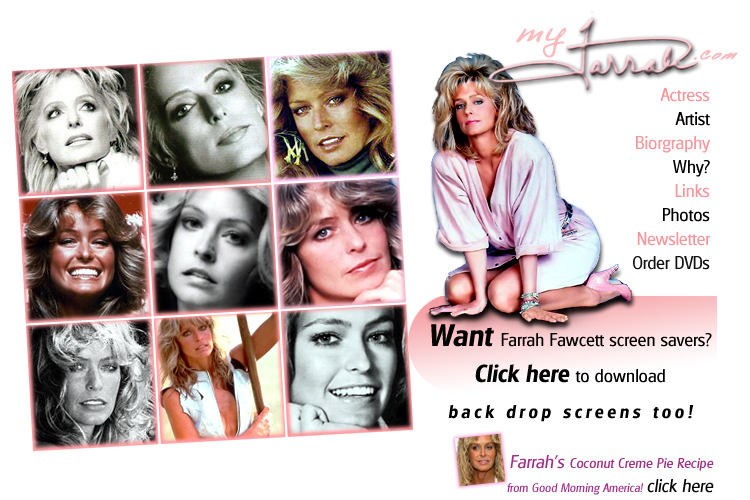 The first version of the site debuted on July 25th, 2005. I'd drafted out the entire site years earlier before I learned how to code. I believe I drafted it in Publisher (such a basic program now) in 1991. And though the site wouldn't debut for years, I kept the rough draft stashed away (the print out, I never did find the old Publisher file, I suspect it's on an old ZIP drive... remember those?) and eventually after years of working as a Marketing and Graphic Designer for companies in San Diego and Los Angeles I started developing and creating the site that you see today.

The one used in 2006 shortly after the original trio's appearance at the Emmys in tribute to Aaron Spelling. I thought the navigation was somewhat clunky and dated...

I came up with a more, what I thought interesting look. Based more on Farrah's artistic side. I was attempting, in my mind's eye, to create something I thought she'd like to see. For a while I had the two sites running, the more modern and the more traditional, but eventually scrapped both to go with a more magazine looking site.

I abandoned entry pages, pretty much all together shortly after I read how they circumvent site listing and search engines really don't index sites with entry pages... so these quickly went away from all the sites I design.

I built layouts for videos to play within them.  Initially the plug in fit but didn't operate the same on all platforms. The text was small and hard to read.

Overall, I was pretty happy with the magazine type layout. I wasn't happy with the video plug in... it was FLASH so nothing hiccups and you don't' get a weird error message when the video loads, it's already there. I found upon cross platform verification that things ran great on a PC but no so much on a MAC. Now all videos are pretty much via Vimeo or YouTube.

Making sure your site runs the same, exactly the same on any platform is vital if you want to retain people looking at your site. It's also pretty embarrassing if you pull up your site to show off and it doesn't work or whacks out in front of people.

Over the years I have become very proud of the myfarrah.com website. At first I was a little embarrassed as it was always the first site people would mention. Usually with a, "So, you like Farrah huh?" And I would quickly blush. But I'm shy in general so I get embarrassed about pretty much everything.

In fact when I did meet Fawcett, I sat down the night before and wrote out a note in a book for her to read. I was consumed with worry about what I would say, how it would come out and I didn't want to stand there blinking. When I finally stood in front of her at the LA Museum of Art, I handed her my book and she quickly read the note and told me that I was "very sweet."

I don't remember what I said to her. I remember telling Keith, "I really liked the book," and later made fun of myself for that comment. But I do remember thinking she has the greatest voice. I likened it to maple syrup in one of the banner screens. If maple syrup could talk it would have the voice of Fawcett. 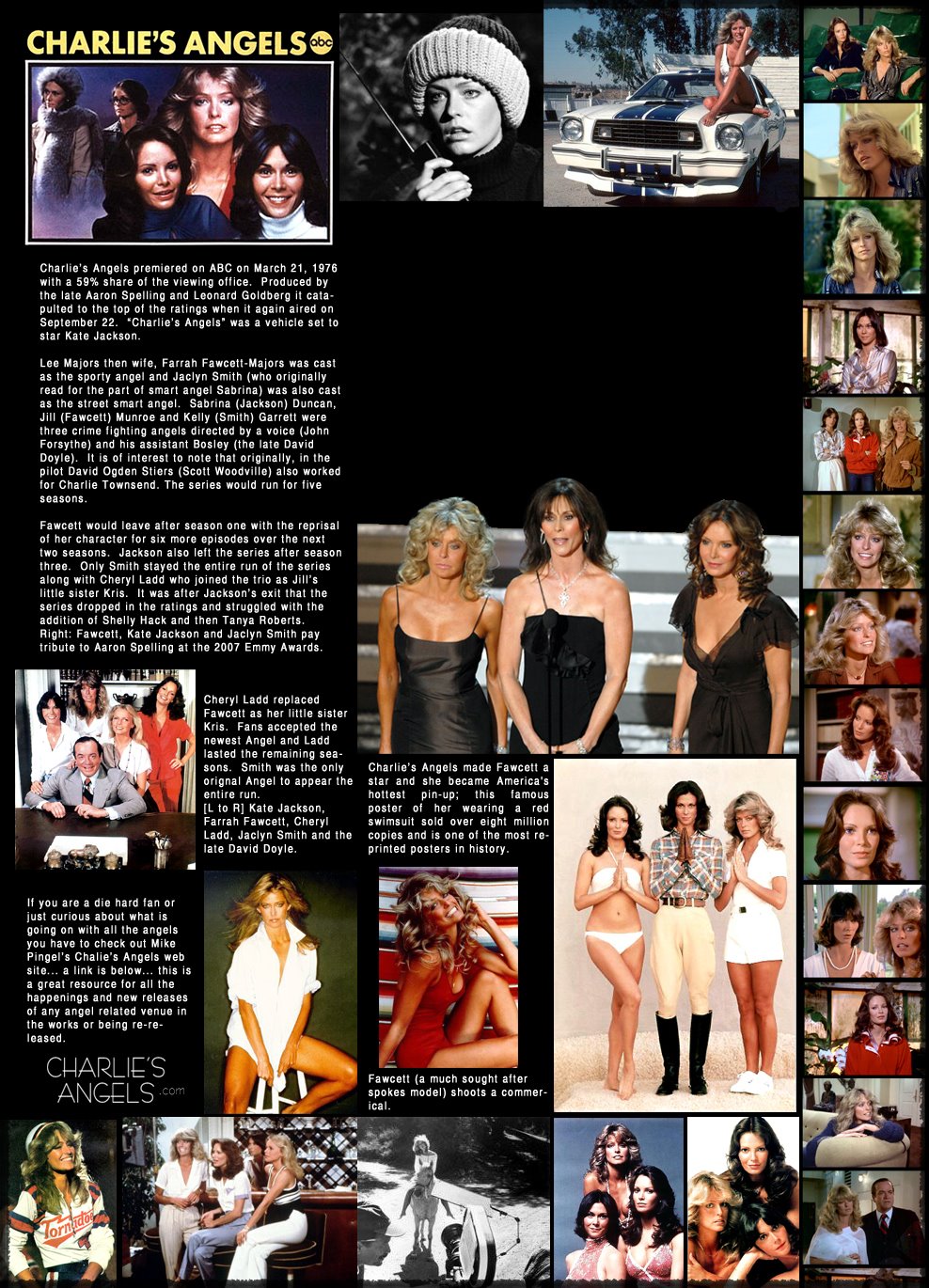 These were mock-ups for videos to be plugged in. 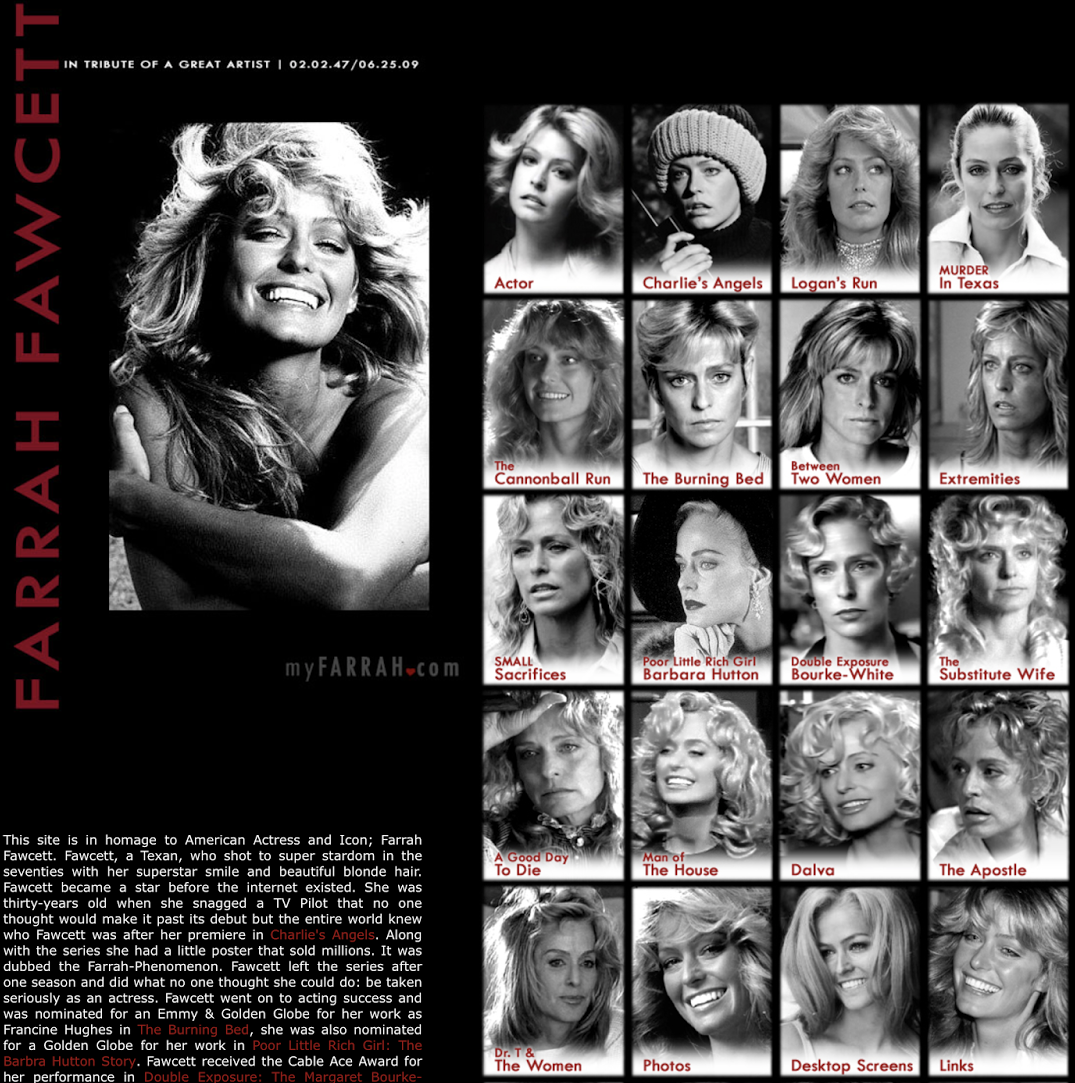 Why a fan of Farrah Fawcett?

I remember begging my parents to let me stay up and watch Charlie’s Angels. On the rare occasion I could sneak up stairs to watch, I would however, it was rare and because of the hoopla surrounding the show, my parents considered it a show we should not be watching.

None the less my admiration grew as Fawcett grew as an artist. Although I didn’t collect memorabilia or take an over zealous interest in her personal life, I always made a discerned effort to either tape or view whatever project it was she had completed.

A favorite is Between two Women. I think Fawcett is a formidable actor/actress and gives all of herself to really create a “true,” person. That, I think, is the highest compliment an actor can be paid. Like most artists, they are seldom appreciated during their lifetime. Fawcett had to overcome the obstacle of being an object to becoming a recognizable talent. 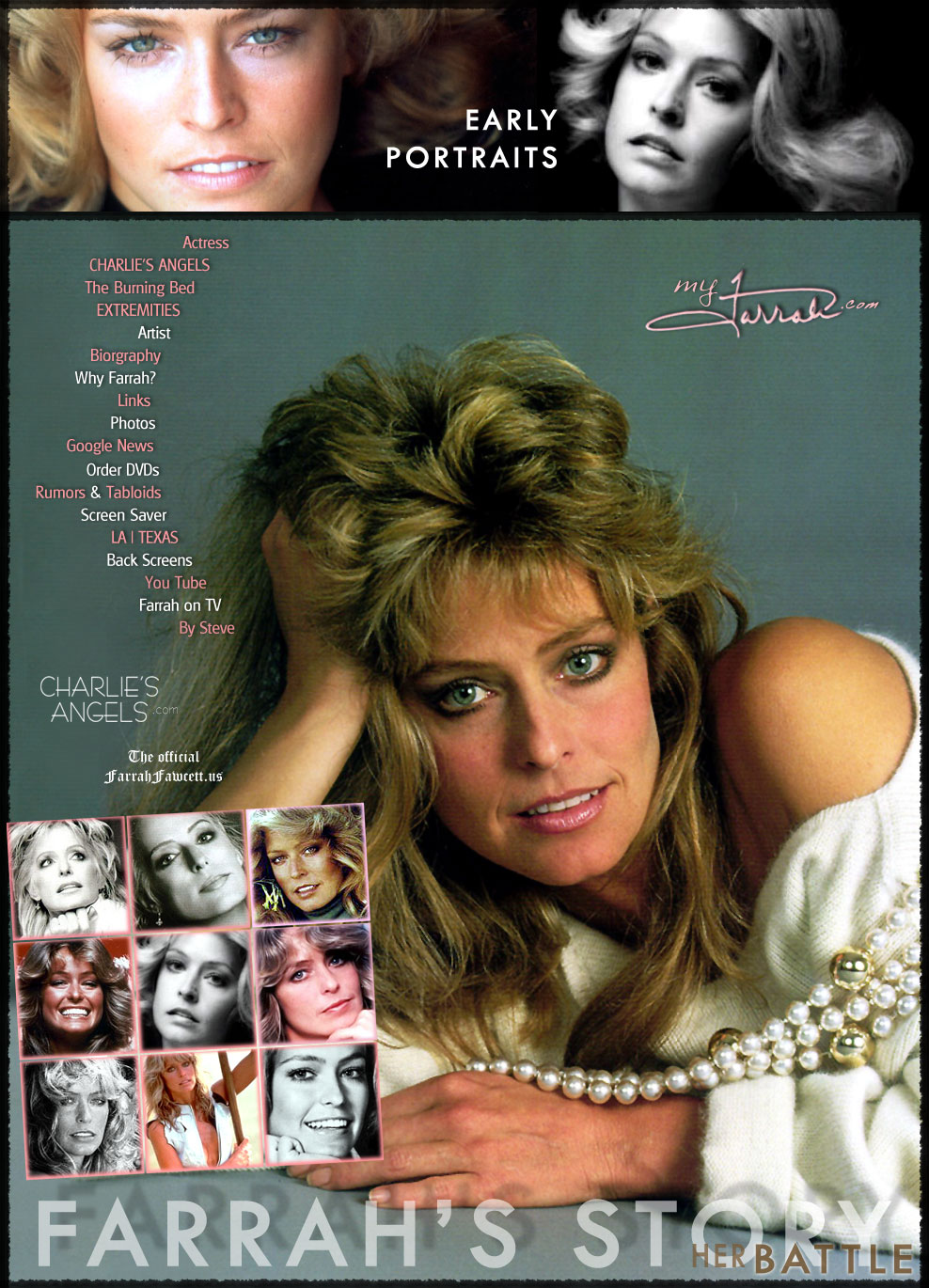 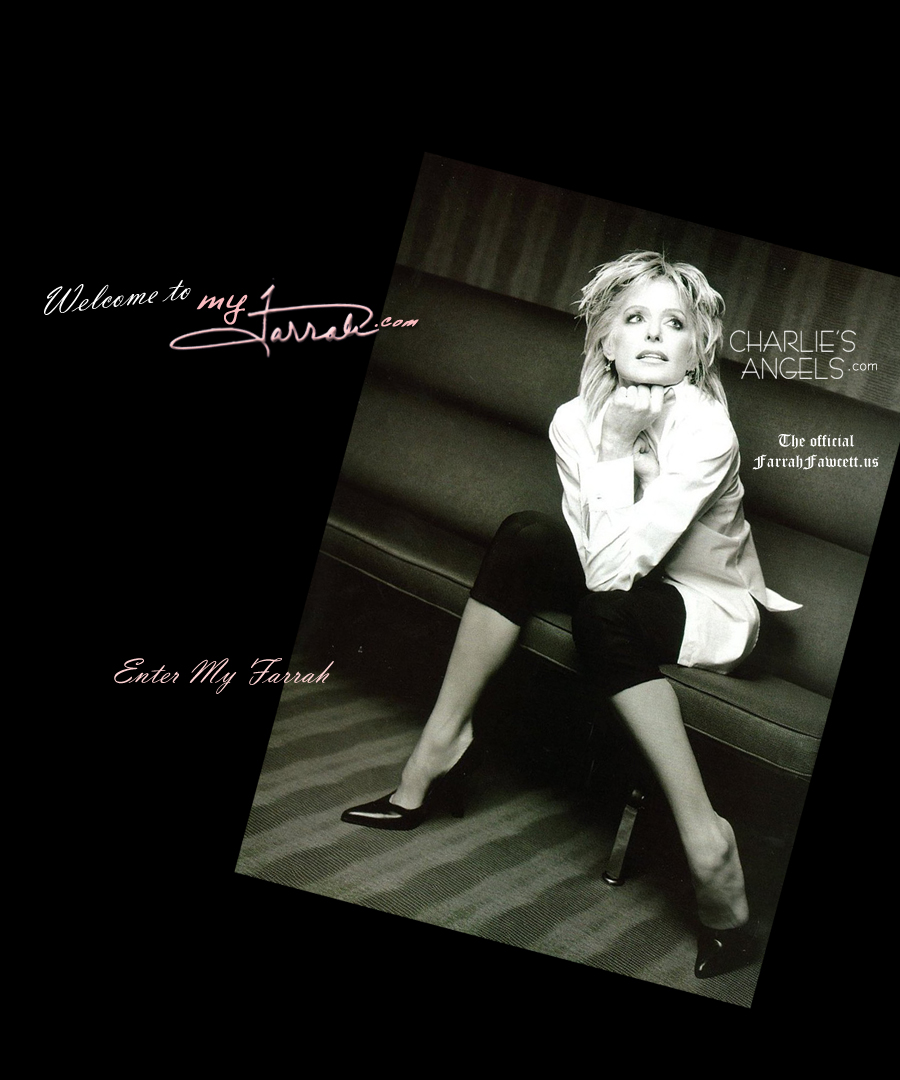 One of the last entry site pages.

Who made this site?

You may be asking yourself, “Who made this site?” Well, that would be me. I was born in El Paso, Texas. As a fellow Texan, I am proud of Farrah and all that she has accomplished. I have followed her career and have always looked forward to each film or television project she was to appear in.

I did get to meet her at the Los Angeles County Museum of Art. Fawcett has/had collaborated with sculptor Keith Edmier to produce art works that were exhibited there. Due to the success of the exhibition in Los Angeles, and with the help of the Art Production Fund, the art made its way to the Warhol Museum.

Over the years I have been asked many times why I am a fan. The obvious and superficial is usual suspect for the reasoning. I believe it is more than that. I feel like, here is someone who overcame, probably, everyone telling them what they should be doing or what they could or could not do and decided, on their own, to do what they thought was best for them and in their own best interest.

I think there is an underlying strength to her, her character and charm. I think she is a very strong woman and holds very strong convictions. As I do not know her this is all conjecture, but as an artist and actor/actress I have nothing but respect for her and her work.

I don’t think anyone could weather the side by side photo comparison of yourself at a young age compared to a now image. Everyone ages. Even Icons.

If everyone was evaluated solely on the package and veneer then our celebrities and public figures would disappear after they turned thirty. Much like Logan’s Run.

Sadly Fawcett passed after a lengthy battle with cancer but not without leaving her mark on not only a courageous battle for her health but also for medical privacy and then through her last emmy nominated work with Farrah's Story.

Her legacy continues through the Farrah Fawcett Foundation.

I hope you enjoyed this little trip down the evolutionary path for myfarrah.com. 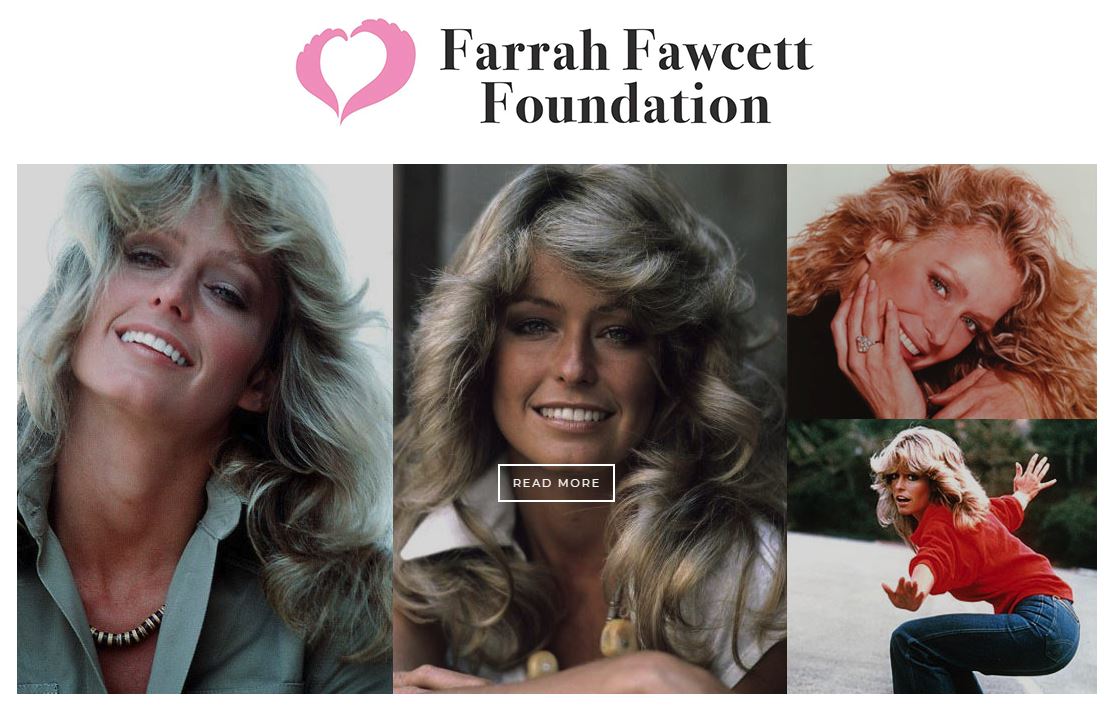 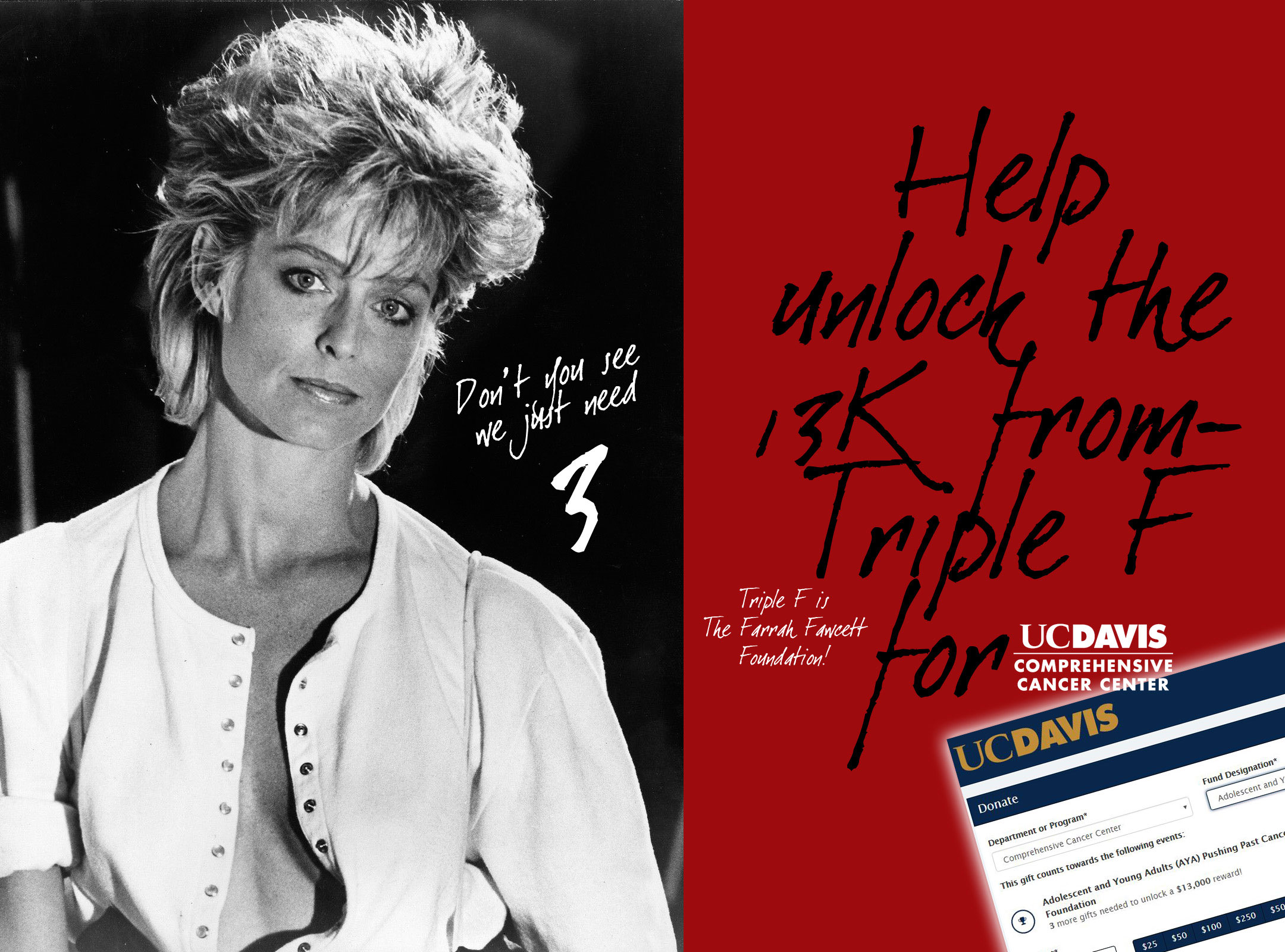